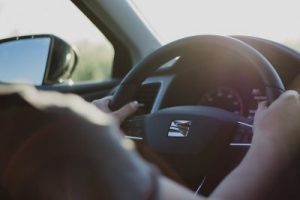 Closeup of a driver driving a car

When people are hit by a car with no auto insurance, they generally turn to their own insurance company to cover their losses. Even though they are seeking damages from their own insurance providers, however, companies rarely pay full claim value without a fight. Many people find themselves working with an auto accident attorney to receive fair compensation.

Illinois Is an At-Fault State

Illinois is an at-fault state. Unlike no-fault car accident states, drivers who cause crashes and their insurers are liable for damages. While Illinois requires drivers to carry liability coverage, nearly 15% of drivers in the state are uninsured. Approximately 14% of crashes are caused by uninsured drivers.

When the At-Fault Driver Does Not Have Insurance

Drivers may be deemed at-fault if they were guilty of distracted driving, DUI/DWI, reckless driving, speeding, or any other type of negligent driving. When a driver is deemed at-fault, his insurance will be required to pay for damages. However, that amount might not be enough to cover all damages in the event of a serious injury.

If the at-fault driver does not have insurance or his/her coverage is inadequate, the injured party has the right to file a lawsuit against the negligent driver to recover compensation. However, if a driver is driving without insurance, it is likely he does not have many assets. This can make recovering damages from the at-fault driver difficult. As a result, most people who are hit by uninsured drivers file uninsured motorist claims against their own insurance companies. This option is only available, however, if the victim purchased uninsured motorist (UIM) coverage from his or her insurer.

Even crash victims who have UIM coverage often have to fight to recover adequate compensation. Since insurance adjusters and claims representatives typically focus on the company’s bottom line and not the best interests of their policyholders, many victims hire an auto accident attorney to intervene.

Illinois law follows the theory of modified comparative negligence. With modified comparative negligence, plaintiffs may only recover damages if it is determined they are 50% at fault or less. If a judge or jury determines that the plaintiff shares equal or more responsible for causing the accident, he will be barred from recovering damages. However, if the judge and jury determine that the plaintiff shares 50% fault or less, the degree of fault will reduce the amount of recovery.

Tell Us Your Case
Our Location
Get Map & Driving Directions
Helping clients in the following areas: